Dumbo Reactions Are In: Under Cooked, Pro-Animal Rights Movie

While Captain Marvel has the month of March all to itself, Disney's Dumbo does premiere March 29, followed a week later by DC's Shazam! and the Pet Sematary remake, and now the early reactions are in, which come off a bit mixed.

The Dumbo reactions from early screenings have hit Twitter with various users offering the flick is "under cooked," a "surprising pro-animal rights agenda" movie, lacks the "sincerity and heart," but at the same time others offer it is a "beautiful, surprising & visually mindblowing film," "enjoyable," and more.

Tim Burton directs the flick about circus owner Max Medici (Danny DeVito) who enlists former star Holt Farrier (Colin Farrell) and his children Milly (Nico Parker) and Joe (Finley Hobbins) to care for a newborn elephant whose oversized ears make him a laughingstock in an already struggling circus. But when they discover that Dumbo can fly, the circus makes an incredible comeback, attracting persuasive entrepreneur V.A. Vandevere (Michael Keaton), who recruits the peculiar pachyderm for his newest, larger-than-life entertainment venture, Dreamland. Dumbo soars to new heights alongside a charming and spectacular aerial artist, Colette Marchant (Eva Green), until Holt learns that beneath its shiny veneer, Dreamland is full of dark secrets. 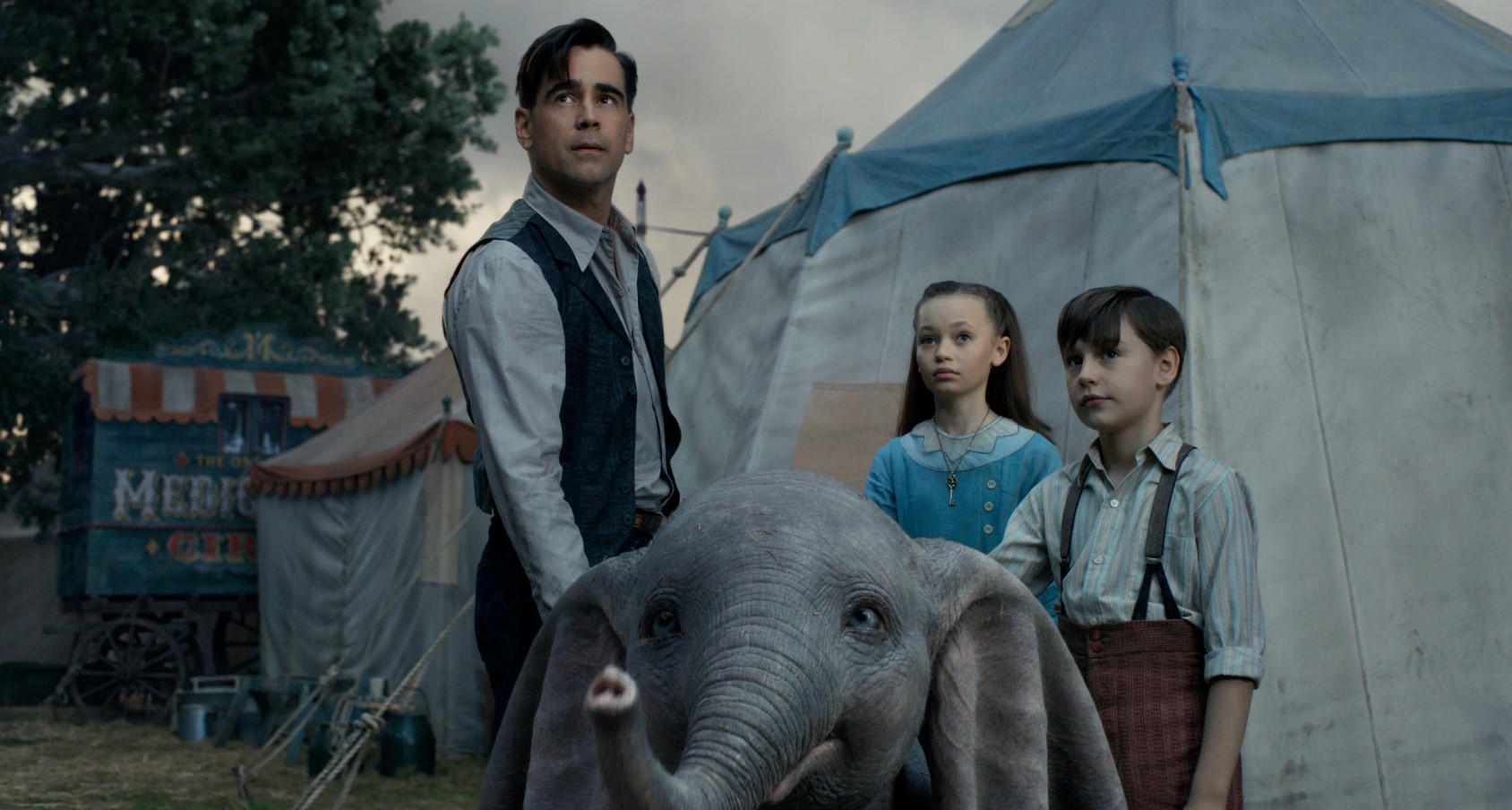 Watched #Dumbo last week. Despite some great visuals, a very fun Michael Keaton performance, and an adorable baby pachyderm, the movie never really gets you caring as much about what's going on as the original. The human stories feel undercooked and it really rains on the parade.

#Dumbo has a blessedly surprising pro-animal rights agenda wrapped in a subtle, rebellious meta-commentary on a band of outsiders shaking up a corporate establishment. Its aesthetic design is dazzling, gorgeous & meticulous. The CG elephant is absolutely adorable. pic.twitter.com/hN0gjHUiv4

DUMBO stole my heart. I'm totally cool with it. Congrats to everyone behind this beautiful, surprising & visually mindblowing film. pic.twitter.com/cekRIzTOcc

Our reporter @minkus saw #Dumbo. “It’s absolutely wonderful - a beautiful story, quite different than the original, that won’t leave a dry eye in the theater. The cast is kismet together on screen. It’s one of Tim Burton’s best in a long time.” Full review on the 26th. pic.twitter.com/1VvhDU9dbl

I know I don’t sound too enthused about this movie but it was enjoyable, and it is certainly worlds better than Beauty and the Beast and Mary Poppins Returns. For reference, the only Disney live action remakes I liked were Jungle Book and Cinderella.

What I think it has going for it most is it’s not simply a live action remake. The animated original is an hour long and light on humans. This has people like Danny DeVito and Michael Keaton playing over-the-top, and plenty of other characters. #Dumbo

The character Dumbo is an irresistible cannonball of tenderness. Every time he flies it lifts your spirit! Danny DeVito steals the show with a hilarious performance. Formulaic and melodramatic, but a better film than the Disney live-action adaptations from last year.

I wasn't sure what to expect, but I can say that #Dumbo is a genuinely heartwarming, entertaining movie that is definitely worth your time. The cast is enjoyable but the VFX Dumbo is so damn expressive that he steals the show everytime he's onscreen.

Just got out of the world premiere of @Dumbo , and WOW WOW WOW! Tim Burton at its finest! It may be my fave live action remake yet! #dumbo #dumbopremiere pic.twitter.com/l2AL0LikQu

#Dumbo the character is quite cute. But unfortunately, though it looks great, the movie lacks the sincerity and heart that made the animated original a classic. Too manufactured, and it’s super talented cast is a bit wasted on paper thin characters and relationships. -Mike M

There’s a scene in DUMBO where Michael Buffer shows up to introduce Dumbo and yells, “LET’S GET READY FOR DUMBOOOOOOO.”

Tim Burton meant a lot to me growing up, so not too proud to admit that I teared up as #Dumbo took flight over the circus, then drove his machete trunk through his tormentor’s guts and hid himself away in the darkened loft of an abandoned mid-century modern home. A magical film