The upcoming DC FanDome virtual convention that kicks off on Saturday is now announced to be a two-part two-day event, which will also stream online September 12.

This Saturday will see eight hours of content streamed three times, with Saturday, September 12th featuring over 100+ hours of content. Check out the official announcement below.

DC also released a trailer for the event which teases the Snyder Cut, Wonder Woman 1984, The Batman, The Suicide Squad, Black Adam, The Flash and lots more.

This just in: DC FanDome—the first-of-its-kind virtual experience for DC superfans globally—became too massive to contain in the four dimensions of only a single day on Earth-Prime! And we realized that not even The Flash could get through the entire 100+ hours of programming in 24 hours. With hours upon hours of content and choices of what to watch and explore, DC fans (including DC’s Jim Lee himself!) clamored for a way to access more of what DC FanDome has to offer. So, in order to super-serve the world’s finest fans, DC FanDome has been transformed into a two-part event: the eight-hour DC FanDome: Hall of Heroes show on Saturday, August 22, followed three weeks later by DC FanDome: Explore the Multiverse, a 24-hour, on-demand experience accessed via the DCFanDome.com program scheduler on Saturday, September 12.

“This is an incredible way to deliver for our fans and offer them twice the DC FanDome experience,” said Jim Lee. “Seeing all the feedback in real time on social media, we realized that the only way to do ‘Justice’ to DC FanDome was to allow it to evolve and expand into two unique events.”

In addition, the DC FanDome creators (no, not Perpetua) have set their fans free to explore both events on mobile devices. Now fully accessible on your phone or tablet as well as laptop or desktop, the DC FanDome experience can teleport with you to whichever dimension you choose to travel! Get ready to vibe!

Here’s the scoop on both events: 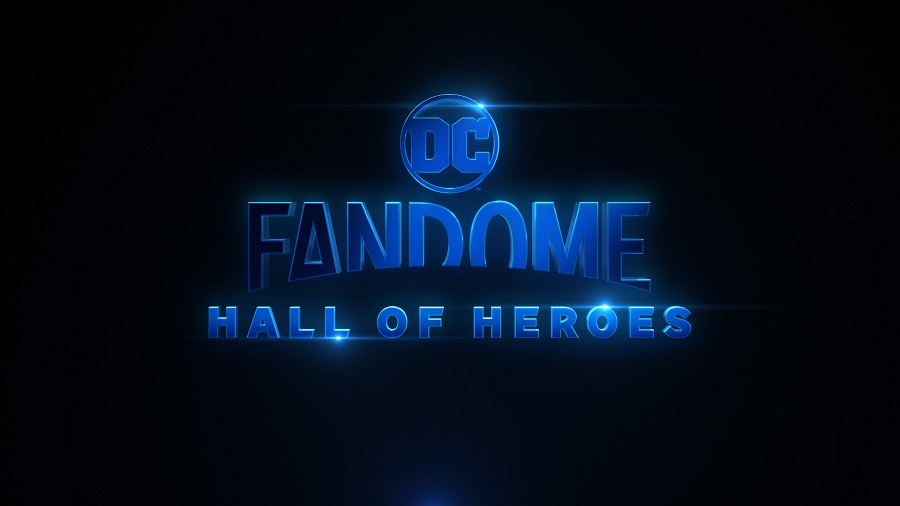 On August 22, fans will be transported into the DC FanDome: Hall of Heroes, the epic world designed personally by Jim Lee and featuring special programming, panels and exclusive reveals from DC films, TV series, games, comics and more. The supercharged eight-hour show will air three times during a 24-hour period, allowing fans all across the world the chance to experience DC FanDome: Hall of Heroes in their own universe. The superpowered event will begin at 10:00 am PDT at DCFanDome.com.

On September 12, DC FanDome: Explore the Multiverse will offer DC fans the experience of a lifetime, with full access to more than 100 hours of on-demand content, beginning at 10:00 am PDT. This is the time for fans to suit up and determine their own adventure, selecting from exclusive panel sessions, screenings and never-before-seen content from the DC Multiverse of films, television, comics and games. Fans, your timeline awaits—at your own pace and on your own schedule. Choose your path wisely with the help of the official DC FanDome: Explore the Multiverse program scheduler found at DCFanDome.com. It doesn’t have the 12th-level intellect of Brainiac, but it will certainly be a great guide to help you explore the Multiverse on September 12!

And it’s not just the adults who get to have all the fun, the adventure is also heating up for young DC Super Hero fans. Launching Saturday, September 12, DC Kids FanDome will offer kids (and their parents) a break from the seemingly endless “at home” summer with a kid-friendly companion event to DC FanDome, accessed separately at DCKidsFanDome.com. The one-day-only festivities kick off at 10:00 am PDT, and young Super Heroes in training around the world will not want to miss it!

DC FanDome: Hall of Heroes opens its doors on Saturday, August 22, at 10:00 am PDT, with an eight-hour show that will air three times during a 24-hour period.

DC FanDome: Explore the Multiverse will be unleashed on Saturday, September 12, at 10:00 am PDT, with 100+ hours of content available on demand, to watch on your own schedule, for 24 hours.

DC Kids FanDome also launches on Saturday, September 12, at 10:00 am PDT, with its own kid-friendly companion site at DCKidsFanDome.com, accessible on demand for 24 hours.