“There is a new evil growing in New Orleans, and Tandy and Tyrone are the only ones who can stop it,” the video description teases.

Marvel’s Cloak & Dagger is the story of Tandy Bowen (Olivia Holt) and Tyrone Johnson (Aubrey Joseph) – two teenagers from very different backgrounds, who find themselves burdened and awakened to newly acquired superpowers which are mysteriously linked to one another. Tandy can emit light daggers and Tyrone has the ability to engulf others in darkness. They quickly learn they are better together than apart, but their feelings for each other make their already complicated world even more challenging. “Marvel’s Cloak & Dagger” stars Olivia Holt, Aubrey Joseph, Andrea Roth, Gloria Reuben, Miles Mussenden, Carl Lundstedt, Emma Lahana, Jaime Zevallos, and J.D. Evermore. The series premiered on Thursday, June 7 (8:00pm – 10:00pm ET/PT) and is co-produced by Marvel Television and ABC Signature Studios. Joe Pokaski (“Underground,” “Heroes”) serves as showrunner and executive producer; Jeph Loeb (“Marvel’s The Punisher,” “Marvel’s The Defenders”), Marvel’s head of Television, and Jim Chory (“Marvel’s The Punisher,” “Marvel’s The Defenders”) also serve as executive producers. 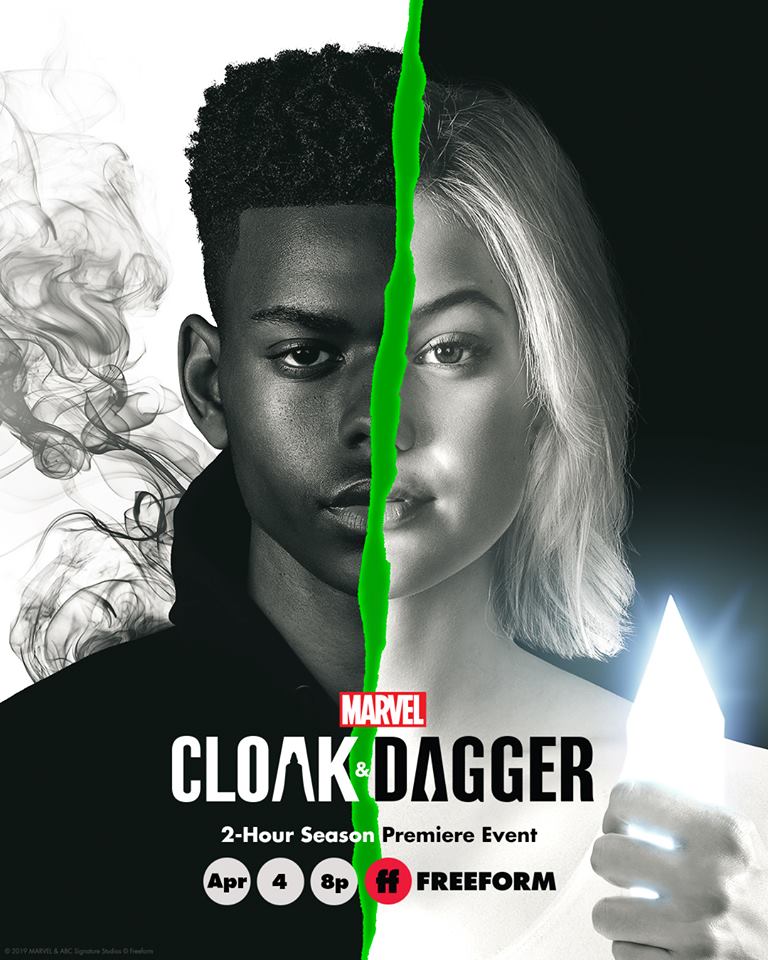