From the producer of John Wick, Sicario, and Greenland comes The Contractor starring Chris Pine (Star Trek, Wonder Woman) and Ben Foster, reuniting the pair from Hell or High Water.

Chris Pine stars in the action-packed thriller as Special Forces Sergeant James Harper, who is involuntarily discharged from the Army and cut-off from his pension. In debt, out of options and desperate to provide for his family, Harper contracts with a private underground military force. When the very first assignment goes awry, the elite soldier finds himself hunted and on the run, caught in a dangerous conspiracy and fighting to stay alive long enough to get home and uncover the true motives of those who betrayed him.

The Contractor gets released in theaters and on digital on April 1 and arrives on Showtime and Paramount Plus later in 2022. The film is directed by Tarik Saleh (Westworld) and also stars Kiefer Sutherland, Gillian Jacobs, and Eddie Marsan.

“We are very excited to bring this exceptional film to audiences through multiple platforms so fans can experience it in theaters or at home,” said Kent Sevener, EVP, Content Acquisition, Showtime Networks Inc. “With superb filmmaking talent and an outstanding cast, ‘The Contractor’ delivers a thrilling cinematic experience with an action-packed, edge-of-your-seat story.”

STXfilms Motion Picture Group Chairman Adam Fogelson added, “We are thrilled to be collaborating once again with the amazing team at Paramount, following our successful collaboration on ‘Queenpins,’ and our partners at Showtime. This was an irresistible deal and opportunity for us and our filmmaking partners and will be a win-win for consumers as the film is made available to the biggest audience possible.” 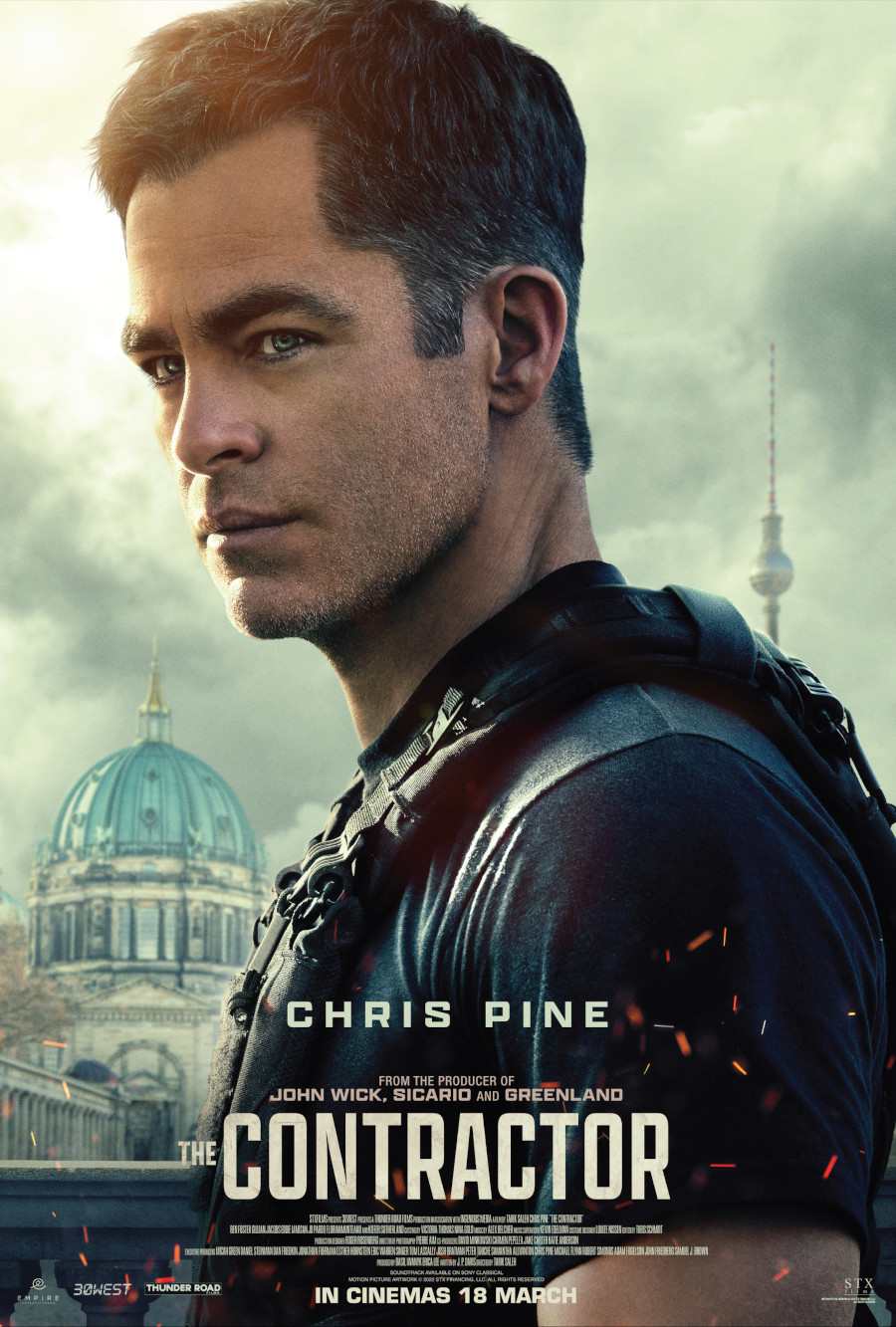