Following in Kevin Feige’s footsteps, Russo offers that Captain Marvel is more powerful than Thor, as part of the digital release for Avengers: Endgame.

She is as powerful, if not more powerful than Thor, and you suddenly have hope again. Because they all know what happened at the end of the last movie, he walked through them like they were paper. 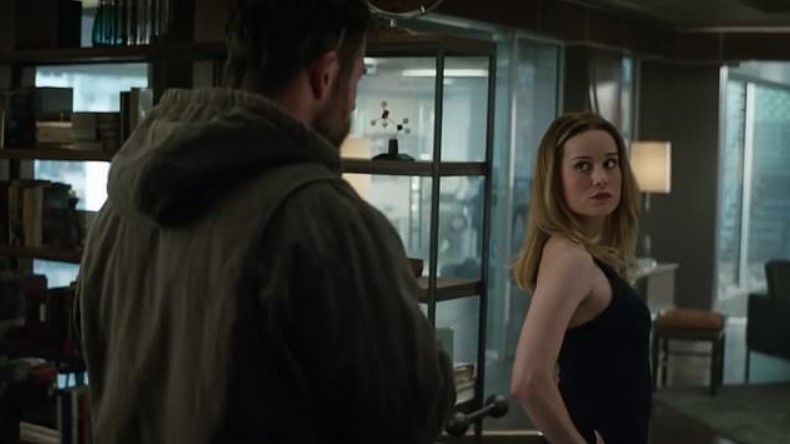 Captain Marvel a complete joke in the MCU

Prior to the release of the Captain Marvel movie, Kevin Feige offered that Carol Danvers is actually more powerful than Thanos, which again, is laughable at best. Feige actually went so far as to say that Captain Marvel is the most powerful character in the MCU ever (lol).

Captain Marvel is a character in our comics and in a mythology whose got one foot on Earth, one foot in the cosmic arena. And now that we have made a number of movies that take place on Earth, and now a number of the cosmic adventures with Avengers, and with Guardians of the Galaxy and with Thor, we thought it was the right time to finally introduce Captain Marvel to the world. She’s one of the most popular characters in our comics, she’s one of the most powerful characters in the comics and will be the most powerful character in the Marvel Cinematic Universe.

Again this is all laughable because this has no basis in the comics. And for those that argue this is different and that it’s a movie, well it’s actually a COMIC BOOK movie (lol).

What is going on is that Disney, Feige, and Marvel are simply shoehorning a cruddy character into the MCU for politically correct and SJW reasons.

It all comes off as being so forced, which is why it isn’t any good.

I will give credit to the Russo brothers, though, for thankfully removing most of the character from Endgame.