The teaser actually is less of a teaser and is more of a “promo” for fast-food chain “Vought A Burger,” with a voice-over from Christian Slater and includes appearances from Homelander and other characters from The Boys. Worth a mention is the content, much like the live-action series, is for mature audiences.

Each episode will also feature a different animation style, which can be seen in the image featuring the three different versions of Homelander including animation from the team behind the Adult Swim show Rick and Morty.

The Boys: Diabolical is a new eight-episode animated anthology series and comes from some of the most unhinged and maniacal minds in Hollywood today and features a collection of eight irreverent and emotionally shocking animated short films. Featuring stories by Seth Rogen, Awkwafina, Aisha Tyler, and more, each episode plunges elbow-deep into unseen crevices of The Boys Universe. 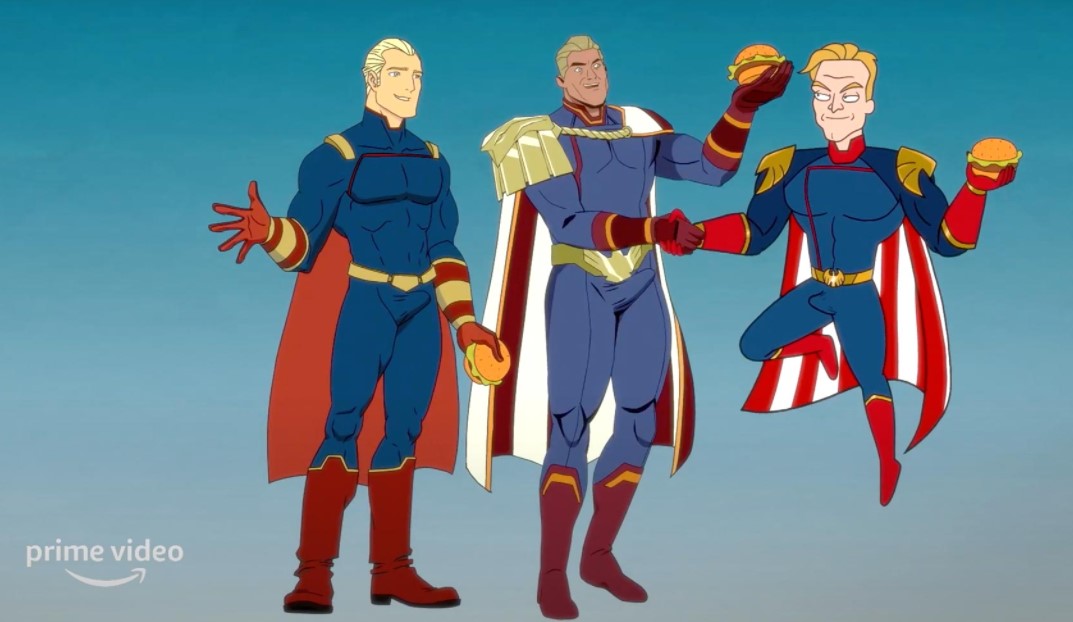