The animated shorts anthology will be released on Blu-ray & Digital on October 13, 2020.

Check out the trailer, official info, and box art below.

Batman: Death in the Family trailer:

BATMAN: DEATH IN THE FAMILY

Anchoring the compilation of shorts is Batman: Death in the Family, WBHE’s first-ever venture into interactive storytelling that allows fans to choose where the story goes through an innovative navigation guided by the viewer’s remote control. Central to the extended-length short is an adaptation of “Batman: A Death in the Family,” the 1988 landmark DC event where fans voted by telephone to determine the story’s ending.

Inspired by characters and stories from DC’s robust portfolio, the 2019-2020 series of shorts – which have been individually included on DC Universe Movies releases since Summer 2019 – include:

Produced, directed and written by Brandon Vietti, Batman: Death in the Family offers an inventive take on the long-demanded story. In the new animated presentation, the infamous murder of Batman protégé Jason Todd will be undone, and the destinies of Batman, Robin and The Joker will play out in shocking new ways as viewers make multiple choices to control the story. And while Batman: Under the Red Hood provides a baseline, the story also branches in new directions and features several characters previously unseen in the original film. Bruce Greenwood (The Resident, Star Trek, iRobot), Vincent Martella (Phineas and Ferb) and John DiMaggio (Futurama, Adventure Time) reprise their Batman: Under The Red Hood roles of Batman, young Jason Todd and The Joker, respectively. Other featured voices are Zehra Fazal (Young Justice) as Talia al Ghul and Gary Cole (Veep) as Two-Face and James Gordon.

“Batman: Death in the Family is essentially a comic book come to life,” says Vietti, whose DC Universe Movies directing credits include Batman: Under the Red Hood and Superman: Doomsday, and he is co-creator and co-executive producer of the popular Young Justice animated television series. “We’ve paid homage to the 1988 interactive experience of DC’s ‘A Death in the Family’ comics release by giving fans a unique opportunity to craft their own story through a branching tool that can lead in multiple directions. The viewer gets to choose these characters’ paths, and each choice paves an alternate future for all of the characters and, ultimately, the story.”

The interactive Blu-ray presentation offers many different ways for viewers to tell the Batman: Death in the Family story, with numerous twists and turns in the middle, and several possible endings. The choices along the way put greater weight on the viewers’ decisions and result in even stronger stories. Viewers can also choose to allow the story to tell itself, as there is an option to let the Blu-ray decide its own path.

Packed with Easter Eggs, the centerpiece short’s story – with its foundation grounded in the original “Batman: A Death in the Family” comic run, and the acclaimed Batman: Under the Red Hood animated film – balances a number of integral themes within its entertainment, including fatherhood, mental health, death, rebirth, revenge and redemption. Along the route, viewers encounter new, surprising looks at some classic DC characters.

“From the very first navigation card, we wanted to give the audience an impression of what they’re getting into, but then also give them something unexpected – maybe even something they’ll regret, so they have to think twice about every future choice they make,” Vietti explains. “Branched storytelling has to be stronger than just the gimmick of the choices – it has to be rewarding and offer new and worthwhile insights into the characters. It needs to involve you, and keep you searching for the next twist. So we sought to subvert expectations and do something very different.”

Beyond Batman: Death in the Family, the additional four shorts on Blu-ray & Digital are:

Originally attached to Batman: Hush, Sgt. Rock is executive produced and directed by Bruce Timm (Batman: The Animated Series) from a script by award-winning comics writers Louise Simonson & Walter Simonson and Tim Sheridan (Superman: Man of Tomorrow, Reign of the Supermen). The original tale finds battle-weary Sgt. Rock thinking he has seen everything that World War II can dish out. But he is in for the surprise of his life when he is assigned to lead a company consisting of legendary monsters into battle against an unstoppable platoon of Nazi zombies. Karl Urban (Star Trek & Lord of the Rings film franchises) provides the voice of Sgt. Rock. Also voicing characters in Sgt. Rock are Keith Ferguson, William Salyers and Audrey Wasilewski.

Inspired by Neil Gaiman’s “The Sandman,” Death is produced & directed by Sam Liu (Superman: Red Son, The Death of Superman) and written by J.M. DeMatteis (Batman: Bad Blood). In the story, Vincent, an artist with unresolved inner demons, meets a mysterious girl who helps him come to terms with his creative legacy … and eventual death. Leonard Nam (Westworld) provides the voice of Vincent, and Jamie Chung (The Gifted, Big Hero 6) is the voice of Death. The cast includes Darin De Paul, Keith Szarabajka and Kari Wahlgren. Death was originally included with Wonder Woman: Bloodlines.

Attached as a bonus feature on the release of Superman: Red Son, The Phantom Stranger has Bruce Timm (Batman: The Killing Joke) at the helm as executive producer & director, and the short is written by Ernie Altbacker (Justice League Dark: Apokolips War, Batman: Hush). Set in the 1970s, the short find the enigmatic DC mystery man simultaneously playing both omniscient narrator and active character in a story of supernatural comeuppance for evil doers. Peter Serafinowicz (The Tick) gives voice to The Phantom Stranger, and Michael Rosenbaum (Smallville, Impastor) provides the voice of Seth. The Phantom Stranger also features the voices of Natalie Lander, Grey Griffin and Roger Craig Smith.

Adam Strange is produced and directed by Butch Lukic (Superman: Man of Tomorrow), who also conceived the original story – which is written by J.M. DeMatteis (Deathstroke: Knights & Dragons, Constantine: City of Demons). The short was initially attached to Justice League Dark: Apokolips War. On a rugged asteroid mining colony, few of the toiling workers are aware that their town drunk was ever anything but an interplanetary derelict. But when the miners open a fissure into the home of a horde of deadly alien insects, his true identity is exposed. He is space adventurer Adam Strange, whose heroic backstory is played out in flashbacks as he struggles to save the very people who have scorned him for so long. Charlie Weber (How To Get Away with Murder) provides the voice of Adam Strange, alongside with Roger R. Cross, Kimberly Brooks, Ray Chase and Fred Tatasciore.

Initially launched in 2010, DC Showcase was originally comprised of four animated shorts produced by Bruce Timm and directed by Joaquim Dos Santos: The Spectre (released on 2/23/2010), Jonah Hex (7/27/2010), Green Arrow (9/28/2010) and Superman/Shazam: The Return of Black Adam (11/9/2010). An additional short, Catwoman (10/18/2011), was attached the following year to the release of Batman: Year One, and was directed by Lauren Montgomery (Justice League: Crisis on Two Earths) and executive produced by Bruce Timm. Screenwriters on the initial quintet were Steve Niles (The Spectre), Joe Lansdale (Jonah Hex), Greg Weisman (Green Arrow), Michael Jelenic (Superman/Shazam: The Return of Black Adam) and Paul Dini (Catwoman).

DC Showcase – Batman: Death in the Family will also be available on Movies Anywhere. Using the free Movies Anywhere app and website, consumers can access all their eligible movies by connecting their Movies Anywhere account with their participating digital retailer accounts.

Movies Anywhere is a digital movie platform that enables movie fans to discover, access, and watch their favorite digital movies in one place. Movies Anywhere brings together a library of nearly 7,500 digital movies from Sony Pictures, Twentieth Century Fox Film, The Walt Disney Studios (including Disney, Pixar, Marvel Studios and Lucasfilm), Universal Pictures (including DreamWorks and Illumination Entertainment) and Warner Bros., and will continue to expand the consumer experience as more content providers, digital retailers and platforms are added. By connecting participating digital retailers that include Amazon Prime Video,  the Apple TV app, FandangoNOW, Google Play, and Vudu, movie fans can now bring together their digital movie collections (whether purchased or redeemed) in one place and enjoy them from the comfort of their living rooms, and across multiple devices and platforms, including Amazon Fire devices; Android devices and Android TV; Apple TV, iPhone, iPad and iPod touch; Chromecast; Roku® devices and popular browsers. Movie fans can also redeem digital codes found in eligible Blu-ray and DVD disc packages from participating studios and enjoy them through Movies Anywhere. Movies Anywhere – your movies, together at last.

Rated R for strong bloody images, and some drug material 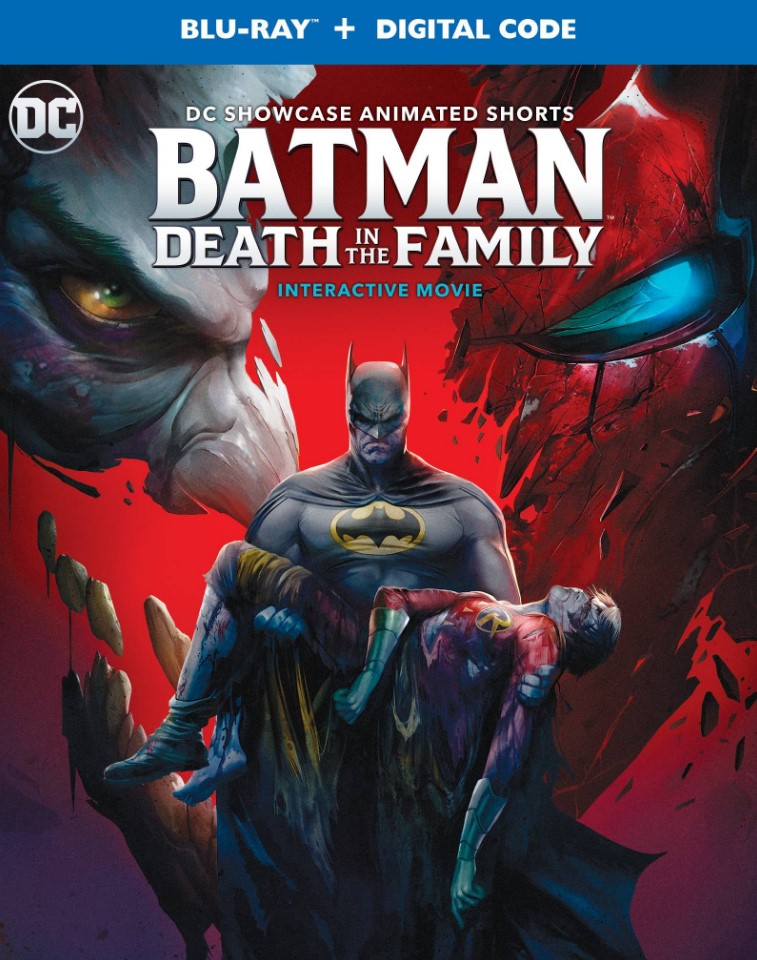 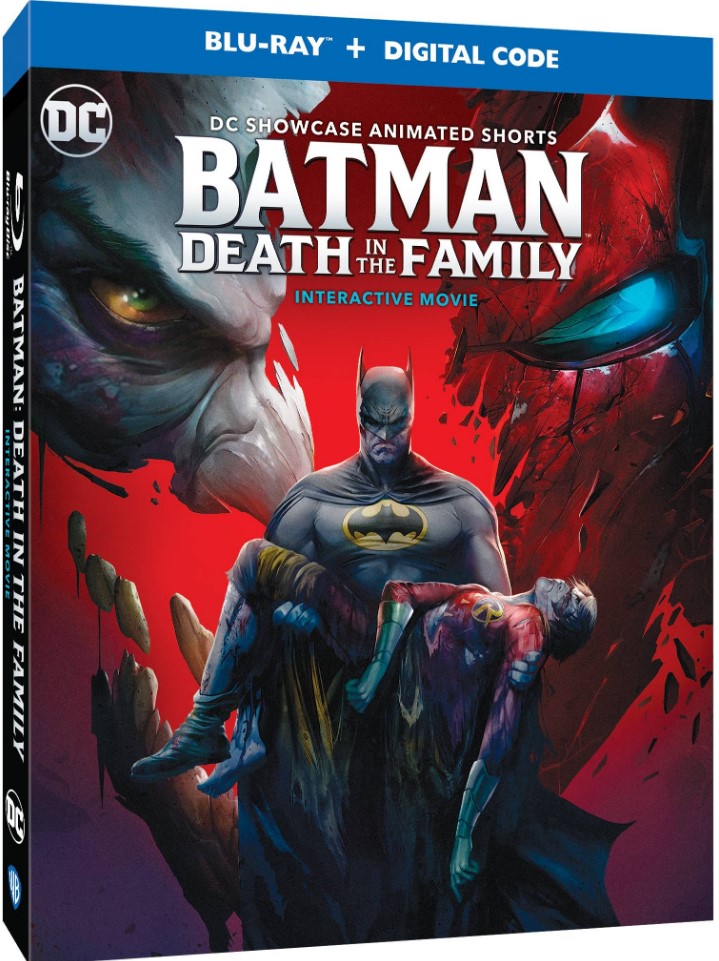