Not only has Ms. Marvel Kamala Khan been previously confirmed for the new Avengers video game, but it is also learned the character has the central role.

A new game overview promo trailer has been released which describes the story offering that due to the Avengers’ involvement in destroying San Francisco, heroes are outlawed with AIM taking over.

Fast forward five years where it is learned some sort of superhero conspiracy begins to unfold which sees “an Avengers fan girl from New Jersey,” Ms. Marvel Kamala Khan, “embark on a quest to prove her heroes’ innocence and become the hero she is destined to be.”

So as part of the story, it seems the game forces players to play as Kamala Khan, a character that is not at all well-liked in the comics nor very popular.

“Kamala plays in a central role as the catalyst to reassemble the team where through unique perspective and incredible powers only together can the Avengers overcome the dangers in this new world,” offers the narration.

In the comics, Kamala Khan actually replaced Carol Danvers as Ms. Marvel who in turn replaced Mar-vell as Captain Marvel.

Kamala Khan is a character that was created by the Marvel editors for politically correct reasons, much like Carol Danvers becoming Captain Marvel, during the Axel Alonso era of Marvel Comics that near destroyed the business, and also saw Alonso eventually fired from the company because of it.

It’s a character forced on to fans – much like this game is doing – that nobody wants. 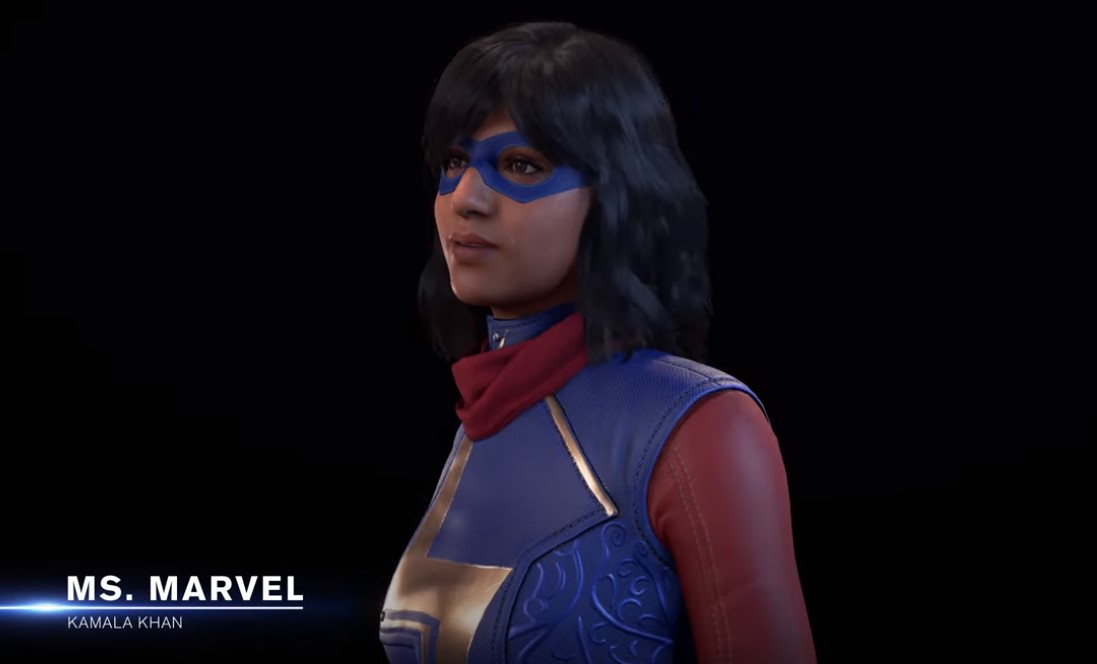 “Oh a character I have never met leading a video game for social politics, no thanks,” states a comment on the trailer.

“You had me until Kamala Khan! Get woke go broke!!!” said a fan commenting on the trailer

“‘And her incredible powers.’ Me: She’s a rip off Mr. Fantastic! They make it sound like it was never done before XD,” said another.

“So a Marvel DCUO is still nothing more than a dream. Instead we get this,” offered another comment.

“Forcing players to use Kamala Khan is probably the biggest mistake made, no one likes this character at all and her powers aren’t interesting. I think your game looks fantastic and I pre-ordered it the day it became available, but Kamala is terrible,” said another.

“The faces look…awful! widow looks like she’s recovering from face surgery. Kamala Khan? Why? Carol would’ve been a better choice as she was one of the original Avengers (yes I’m aware they’re going off the movie roster). I’ll wait till this goes free on ps+,” says a fan.

“Kamala Khan? No thanks,” a fan states.