Netflix has released the trailer for The Adam Project which stars Ryan Reynolds, Mark Ruffalo, Jennifer Garner, and Zoe Saldana.

The first poster has also been released and teases, “Past, meet future.”

The flick is described as: After accidentally crash-landing in 2022, time-traveling fighter pilot Adam Reed (Reynolds) teams up with his 12-year-old self on a mission to save the future.

The Adam Project gets released on March 11 directed by Shawn Levy who also directed Reynolds in Free Guy which is up for an Oscar for Best Visuals, and the movie also stars Walker Scobell as the young Adam. 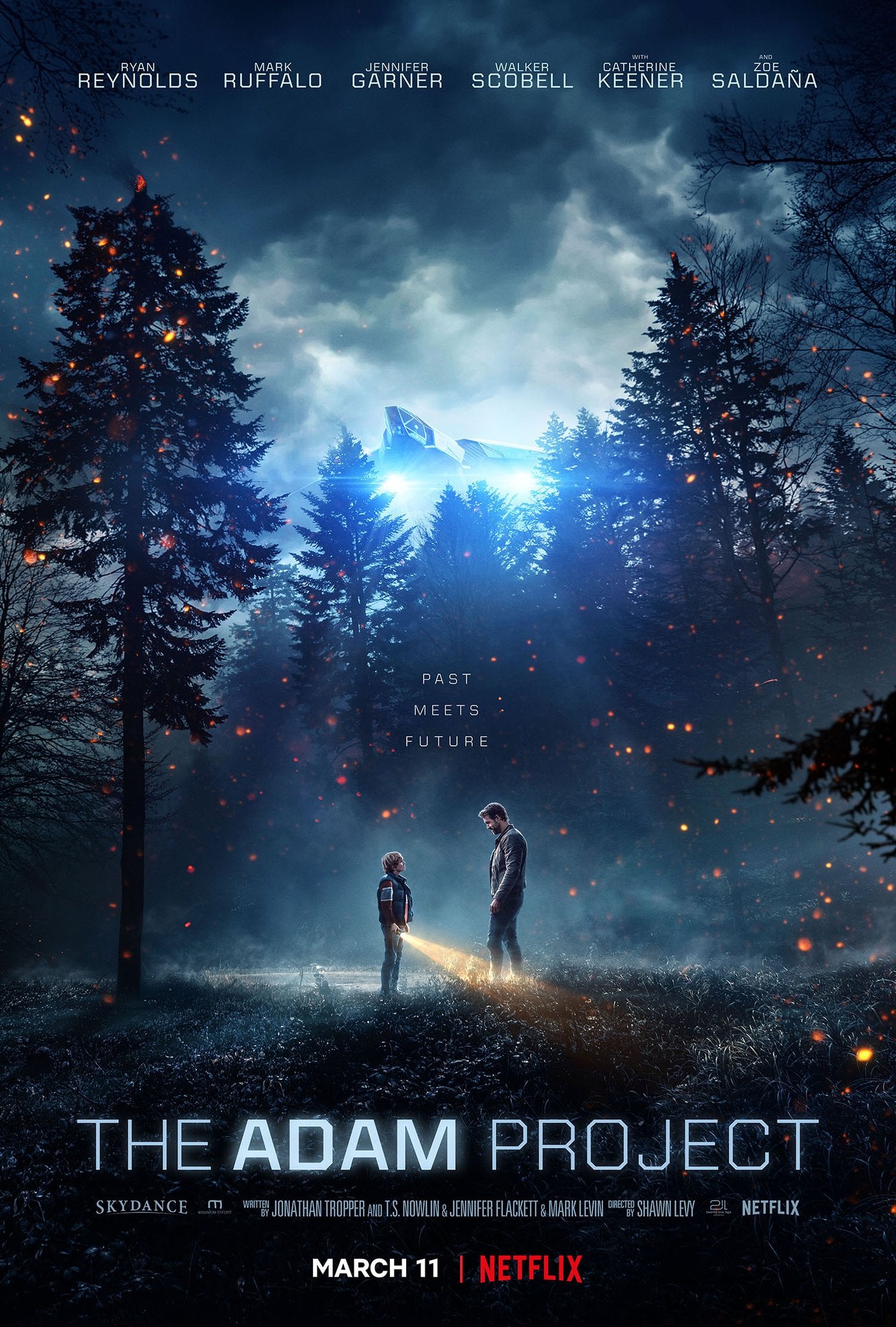