Fans are demanding the release of The Avengers 4 trailer, with Marvel and Disney executives now feeling the heat on social media! A fan recently questioned Marvel Studios co-president Louis D’Esposito noting that since the Lion King trailer has been released, that it must mean The Avengers 4 trailer gets released next week or the …

It is critical that you pay attention at this time!

For fans of the character, a likely added benefit of Richard Rider Nova appearing in the movie will be his return to the comic book world.  After all, the mere appearance of a character in a movie or TV show has worked for everyone from Howard the Duck to Hellcat.  The upcoming Captain America: Civil War movie has even brought Steve Rogers back to the Captain America role, and more than likely Thor’s return will be imminent as soon as Ragnarok gets closer to its release. So, if you want Rider back, this is likely the best shot for it to happen in the near future. Take a minute to add your name to the petition.  When the goal is reached, it will be sent to Kevin Feige and the Russo brothers.

Nova was even in early scripts of the Guardians of the Galaxy movie, so there is that to build upon.  Check out some cool concept art: With Adam Warlock speculated by many fans online to be a part of possibly Guardians of the Galax 2 and the Avengers: Infinity War movies, check out a fan’s rendering of Charlie Hunnam as Him.

Noted Marvel Cosmic writer and creator of Thanos, Jim Starlin, recently remarked on an article that it would be weird if Magus appeared in the Avengers: Infinity War movies, but no Adam Warlock.

Of course it’s no confirmation that Adam Warlock, or his alter-ego Magus, will appear in the Marvel movies, but many Marvel Cosmic fans are hopeful as Adam Warlock was paramount in Starlin’s Infinity Gauntlet series and subsequent sequels, of which the movies seem to be inspired by. 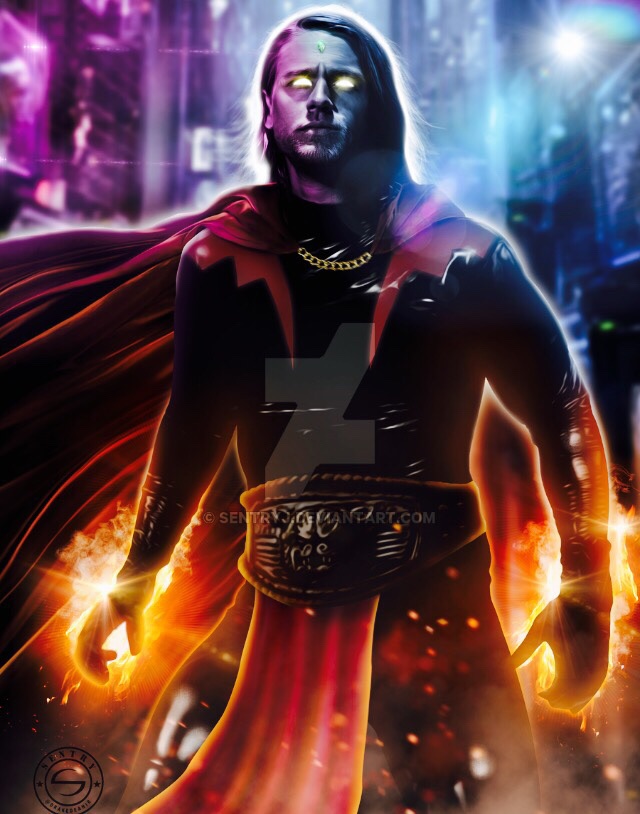