It what might be hit piece #2, a report, amid all the controversy, alleges that Ray Fisher turned down The Flash movie because he wanted more money.

Similar to the “report” by The Wrap, now THR takes its own turn potentially spinning things on the Ray Fisher Justice League investigation in favor of WarnerMedia as the article makes it sound as if Fisher is disgruntled over what happened with Cyborg in the DCEU albeit a lot more slyly than The Wrap article.

The article starts out by reporting how Zack Snyder is going to filming more Snyder Cut scenes in October with Ben Affleck, Henry Cavill, and Gal Gadot, and adds that Ray Fisher will be back as Cyborg for “a week- or so- long shoot.”

The article then goes into how “being cast as superhero Cyborg by Snyder was supposed to be the break of a lifetime,” and how there was a planned Cyborg movie, “but all that was years ago.”

The article also makes an attempt to say that Geoff Johns is no longer involved with DC films, which isn’t the case as Geoff Johns writes and produces the movies, including Wonder Woman 1984 which comes out in December, and Ray Fisher has also alleged that the new head of DC films, Walter Hamada, attempted to protect Johns by having Fisher retract his allegations against Johns, but not Whedon and Jon Berg who are no longer involved with DC films (something WB denies Hamada has done). Johns is also involved with DC TV as he writes and produces for the DC Universe shows and is listed as a producer on the upcoming Green Lantern HBO Max series. 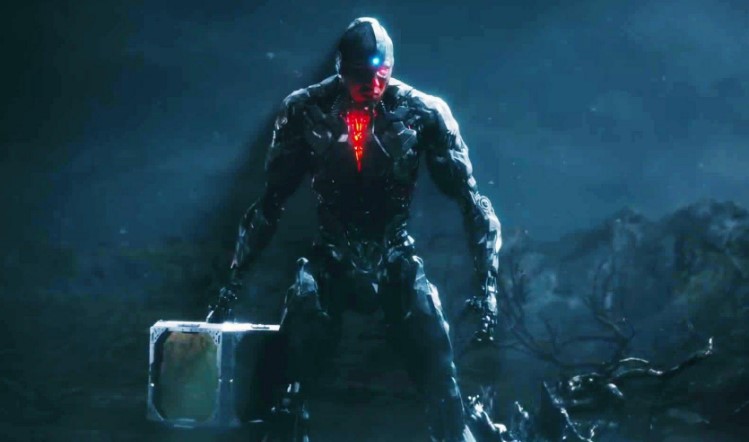 It’s claimed there was no abuse on Justice League set

THR then goes over how insiders filled them in that the Justice League set was indeed full of tension, but that there was no abuse on set:

Insiders recall to THR that the Justice League reshoots conducted by Whedon were a messy and hastily assembled affair. Snyder left the project in May 2017, ahead of a November release date. Whedon had to cram an extensive rewrite and reshoot and take over postproduction. One person present at the reshoots describes a set filled with tension and says the director was difficult with actors. But this person also says they did not witness physical or other abuse. Johns and Berg were under pressure, another insider notes, as they were trying to deliver a tentpole and knew their jobs were on the line. Whedon did jettison many of Fisher’s scenes, according to sources, and his directing style is described as the opposite of Snyder’s collaborative approach. It also is unclear if Fisher filed a complaint at the time.

The article finishes in a way that could be argued to point the finger at Ray Fisher with it said Fisher wants more money for three appearances in The Flash movie, making him sound as if he is greedy:

Fisher is in talks with Warner Bros. to make a cameo in The Flash, a Justice League spinoff movie due to shoot next year. He has options negotiated for future appearances, including cameos, beyond the initial film. But in earlier drafts of the Flash script, Cyborg was a much more active player than the one in the current script. Sources say the studio exercised its option for Flash, even upping its negotiated price for what’s described as a three-scene appearance. Fisher’s side countered with a figure doubling that. Warners turned that down, and negotiations have remained stalled for weeks.

So similar to The Wrap and the official comment from Warner Bros., it seems as if they are trying to spin things that Ray Fisher is upset that his Cyborg career has seemingly gone nowhere, so Fisher came up with the allegations against Whedon, Johns, and Berg.

Of course, we don’t know what the truth is, and the reports from the various trade sites could be accurate, but bear in mind they do spin a lot for the various studios as the studios spoon-feed them info which equates to page views and ad revenue, etc.

It’s also possible that what is reported about Ray Fisher and The Flash is true, but that Fisher’s current negotiations have nothing to do with his timing in coming out with the allegations.

Fisher has stated he has a lot more to say, so we’ll have to wait to see how Fisher responds to this new article.

It would appear that @wbpictures has gone from giving libelous official statements to one media outlet, to becoming “a source” of purposeful misinformation for another.

The people are on to you.

The investigation is coming.

Casting aspersions on me will not change that.

Recently saw Fisher take to social media to request a new Justice League investigator, as Fisher said the investigator was not impartial, which is something denied in The Wrap’s article.

Jason Momoa, who oddly enough seemed to drop out of the recent DC FanDome virtual convention Aquaman panel and is not listed as participating in the Snyder Cut reshoots, did back up Fisher’s claims of poor treatment on the set of Whedon’s Justice League (obviously it’s unknown if it’s all related, including the recent Amber Heard and Johnny Depp trial). To date, Ben Affleck, Henry Cavill, Gal Gadot, and Ezra Miller have not come forward with any claims.